Little Harpeth Brewery located in Germantown is not only a great Nashville microbrewery, but inside holds a quaint event space. While enjoying one of their craft brews, including the ever popular Chicken Scratch, you can catch some original talent.

This past Saturday I ventured over to Little Harpeth for a friend’s show, among other artists that played that night.

The opener was a one man band, The Blues Against Youth. The man who is the band, Gianni Tbay, came to us from Rome, Italy. He had been on quite a journey starting in Italy, stopping in Chicago, with his final destination being Nashville, Tennessee. Half way through his first song, I was hooked. Gianni, on a borrowed guitar, simplified drum kit, and microphone belted out Hank Williams classics and tunes of his own in tride and true honky tonk form drenched in southern blues. His finger pickin’ suburb, voice laden with twang, I expected a native to rocky top Tennessee. His set was an absolute treat.

Followed by The Blues Against Youth was a singer songwriter, Sierra Ferrell. Sierra’s music was a delightful blend of folk, country and traditional Americana. Her voice was full of sweetness and her music had a bright personality. Sierra’s tunes had a definite Emmylou Harris influence with a bit more of a folksy vibe. Her music wrapped me in a sincere warm hug. 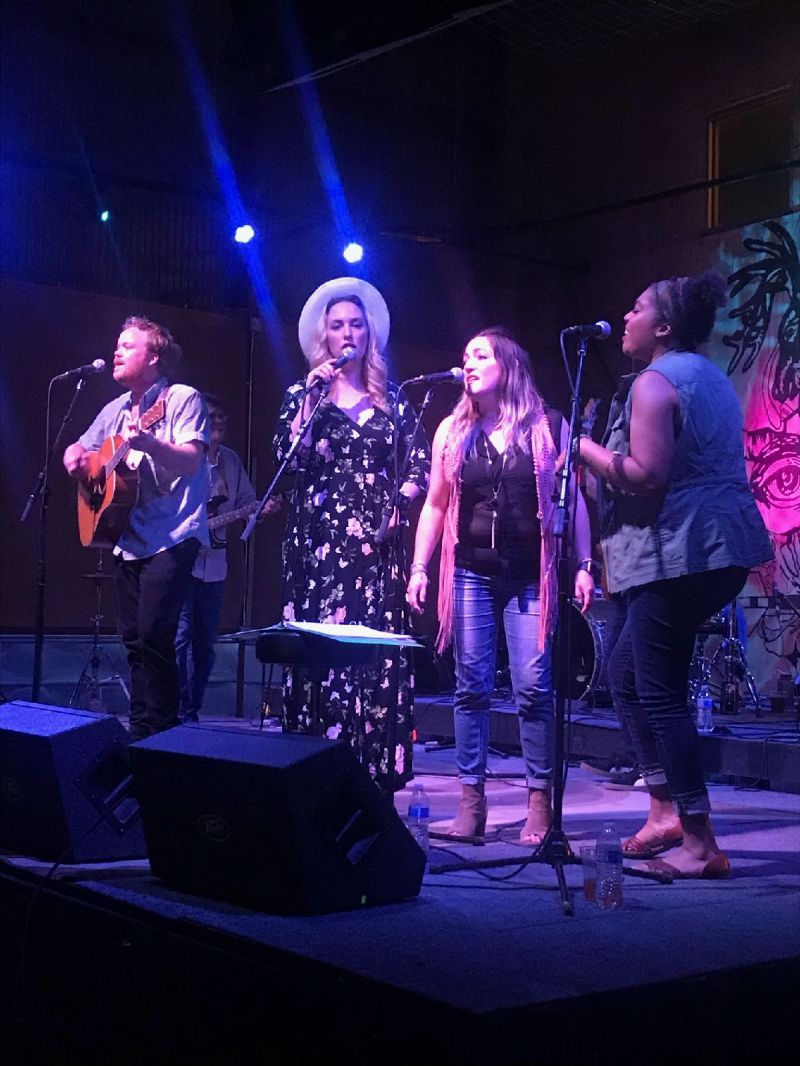 Lucas Denton with Special Guests finished the show with a full band and female trio on background vocals. Their set was mostly traditional Country and Americana, fronted by Luke, his vocals reminiscent of Bruce Springsteen. The set was lovingly punctuated with heart warming harmony and exquisitely executed lead guitar.

Little Harpeth hosts shows of many different genres, but it’s always magical to see what Nashville does best.